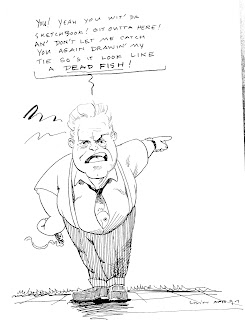 In 1991 I was an intern at Fantagraphics Books in Seattle. And it was there that this nice man popped up in my sketchbook.
Eingestellt von s.dinter um 16:12 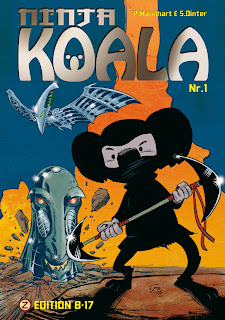 Piet told me the story of Ninja Koala in the car, while we were driving towards our summer holiday destination. Piet is my son, he's seven years old, and he likes Tolkien's Hobbit book, Ice Age, Enid Blyton's Five series,  Lego Ninjago, and Star Wars. And because we were on a vacation and I liked the story, we sat down (later, not right there in the car) and made a comic book out of it. Piet told me exactly, what happens to whom, who says what, and which weapons are used by which person. I didn't change a thing from his version of the story. Okay, so I said that I think the first issue probably shouldn't have more than 20 pages. Because Piet wanted a lot more pages, initially. About a hundred. Anyway, the book is finished and you may order it exclusively at Kwimbi, a very nice shop run by very nice people. Piet you can see on the photo below. He's the younger one of the two nice-looking people there. 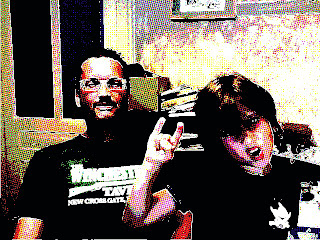 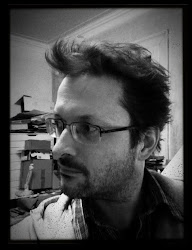